Short biography
Robin Noorda (1959) studied in Amsterdam animation, graphic design and photography at the Gerrit Rietveld Academy and the Rijks Academy of which he was thrown out. In the early eighties he was designer for the NOS, the Dutch broadcasting cooperation and the computer animation pioneer at the first CGI studio 'Antics' in the Netherlands. In 1986 he co-founded the art movement Tropism and his media design company Morphosis. As an independent filmmaker he makes stop-motion animations. As artist he is making interactive light installations and is a very successful experimental photographer.

Documentary
A milestone was his self financed Mongolia cross media project, consisting of the documentary film ‘Shivering Beauty - Soundscape of Mongolia’, the book ‘Transit Mongolia’ and the photo exhibition in the ‘Melkweg’ (2007). A story about the harsh transition of a country form equal but unfree into unequal but free.

Curator
The Tropistic exhibition ‘Photosynthesis - shedding new light on plants’ is an international traveling art exhibition by 9 artists and 3 scientific contributors on the unknown worlds of flora. The first exhibition was a three and a half month exhibit in the Hortus Botanicus Amsterdam in 2013, the second was the summer exhibition in the Royal Botanic Garden Edinburgh in 2015. Now a changing selection of Photosynthesis can be seen in the Flower Art Museum at the permanent Tropism exhibition wing. Noorda was initiator, curator and participating artist.

Installations
Sneaky Serpents is one of the Tropistic interactive light sculptures. It was part of the Amsterdam Light Festival (2014/2015) and the Norrköping Light Festival (Sweden 2015-2016), Noorderzon festival (Groningen, NL) and Shenzhen Cultural Festival (China 2016), The installation You Lookin' at me? Was at the ALF in 2016, I Light Marina Bay, Singapore (2017) and was favourite at the biggest light festival: Vivid Sydney (2017.

Virtual Reality
The Sonotrope music sculpture installation and dance performance had it's first try out at the Cinedans Festival 2019 in Eye Film Museum Amsterdam.

Assignments
For Business Art Services, 18 hyperbolic panoramas of Amsterdam, Rotterdam, Utrecht and Den Haag (2014).
For La Montre Hermès, a range of in store showcases and short animated films for a series of new watch styles (2014).
For architect and constructor Trebbe, a series of 3 meter wide hyperbolic panoramas made of their buildings (2016). 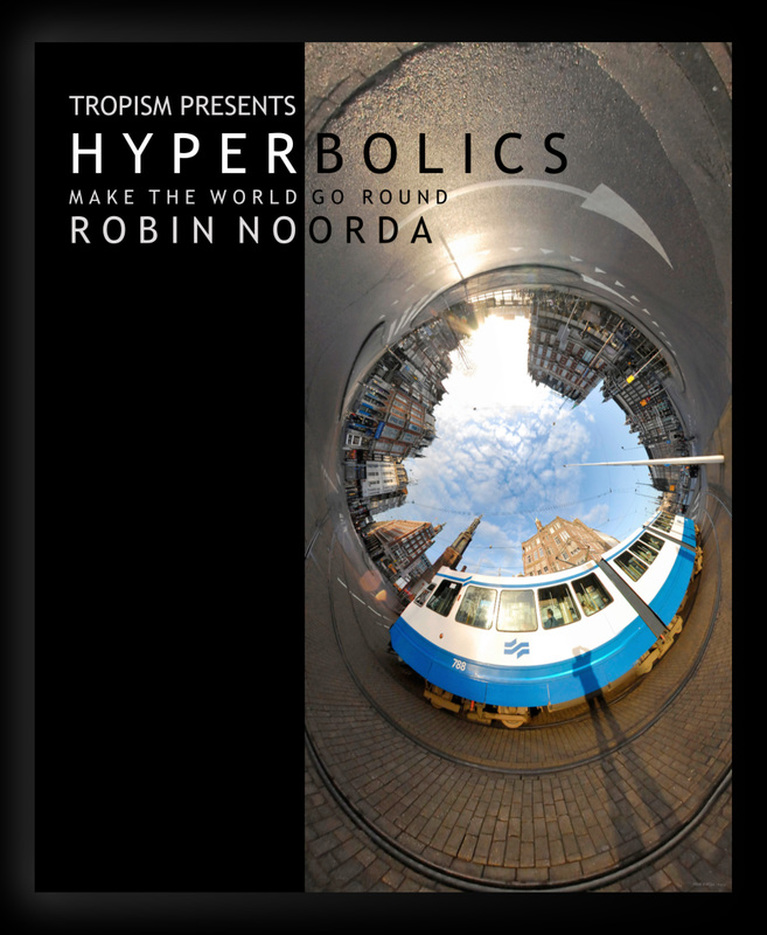 You can browse and order the book 'Hyperbolics make the world go round' here.
Curators and gallery owners can e-mail me for a free pdf or printed copy.
For ordering my other books:
• Transit Mongolia (incl. the documentary Shivering Beauty)
• Photosynthesis Catalogue Royal Botanic Garden Edinburg
• Tropism
• Red-end and the Seemingly Symbiotic Society, the book
​• Fetish Art (I and II)

All pictures on this site are for sale in limited editions, printed on dibond acrylic or other materials. Assignments are welcomed as well.
​Inquiries can be obtained here.
​
My strangest lens to work with is a bulky seventies vintage fisheye, the famous and heavy Nikkor 8mm f2.8 which I bought on Ebay in the last 7 seconds of an auction of this rare and expensive lens.

BTW, a 8mm Nikkor fisheye was the eye of the HAL computer in Kubrick's 2001, A Space Odyssey.

In terms of resolution it still beats all competitors. And as the hyperbolic projection stretches the perception into extremes, the highest lens resolution and the highest megapixel camera is not a luxury, but a necessity. A proper piece of glass. 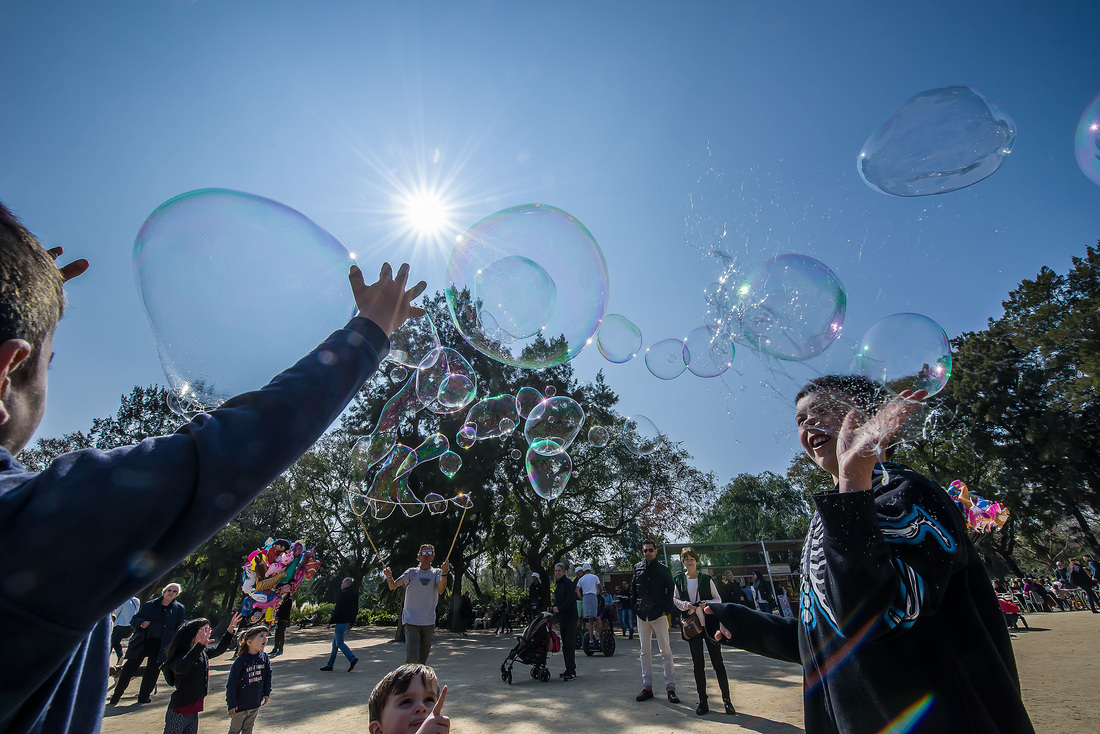 Spring is in the air, soap bubbles in Parc de la Cuitadellia, Barcelona
Some motion control camera moves of the stop-motion animation Red-end and the Factory Plant. More on motion control here. 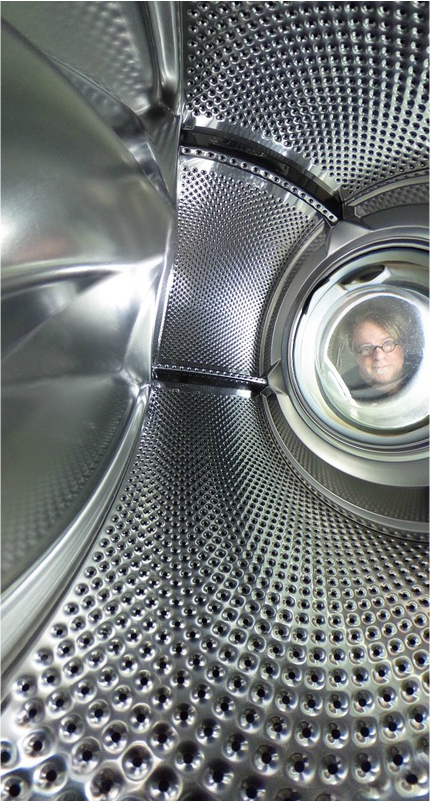 I love to stare at my washing machine