​You lookin' at me? is an interactive light installation selected for the largest light festival of the world; Vivid Sydney 2017. On the opening night it was visited by 60.000 visitors in the Royal Botanic Gardens of Sydney. In total over a million visitors saw the eyeballs and it was a favourite by the press, public and crew of Vivid.
It was first shown at the Amsterdam Light Festival 2016 - 2017 and was also selected for the I Light Marina Bay 2017, the light Festival in Singapore. There it was seen by some 800.000 visitors and was also very well received by the press.
​​
How does it work?
Translucent domes of PVC look like giant glowing eyeballs with colourful irises that stare randomly and a little bored in the depth. When a pedestrian passes, they interactively follow and don’t take their eyes of the visitor. 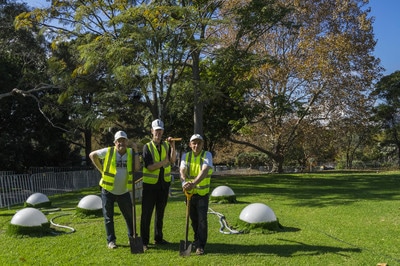 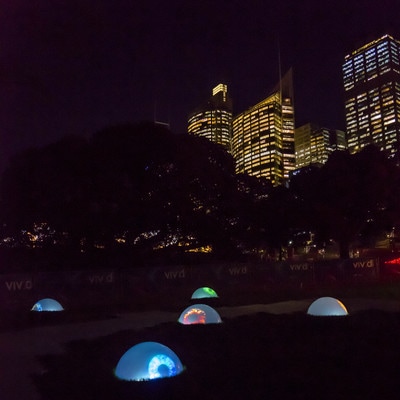 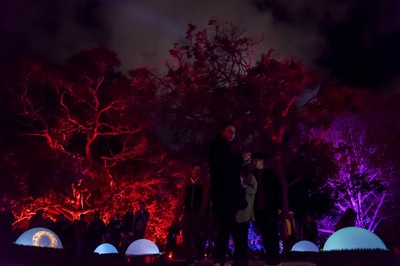 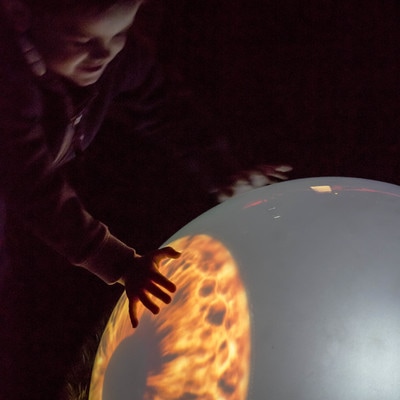 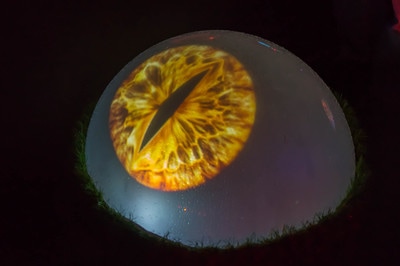 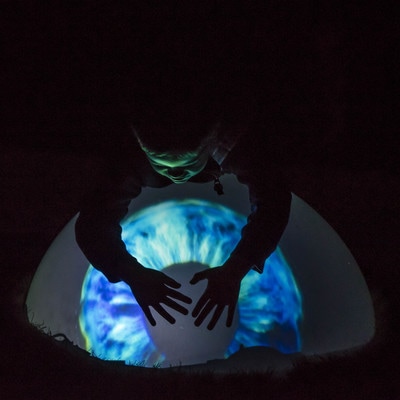 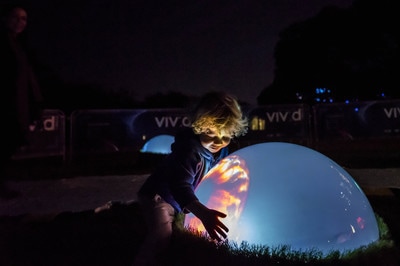 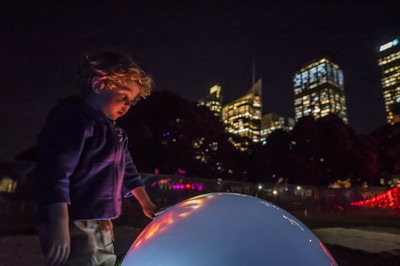 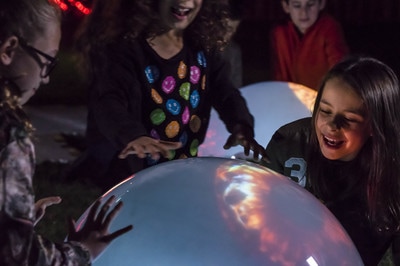 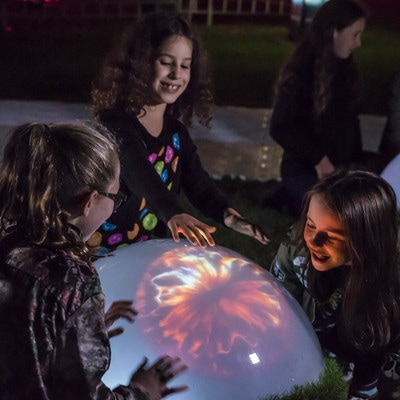 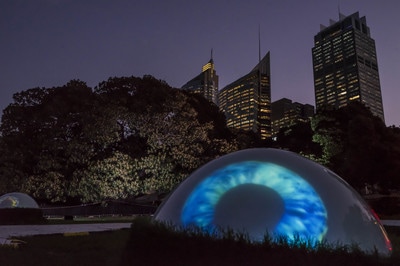 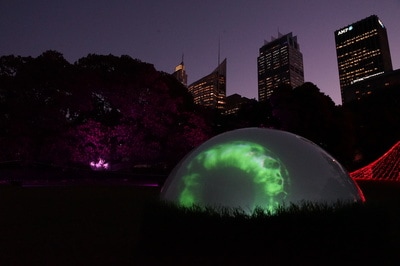 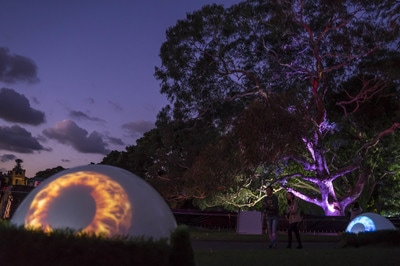 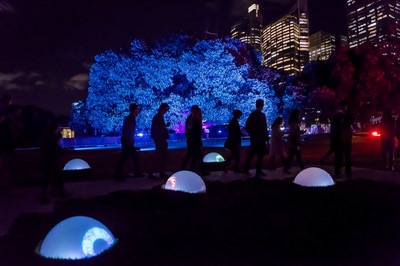 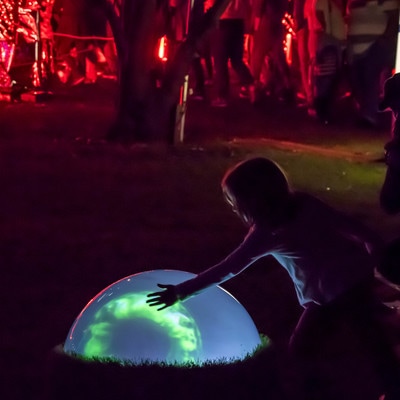 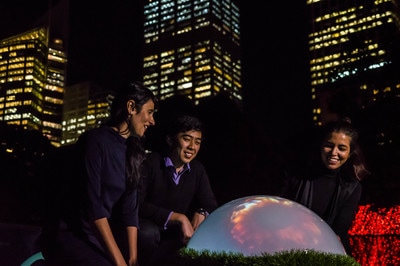 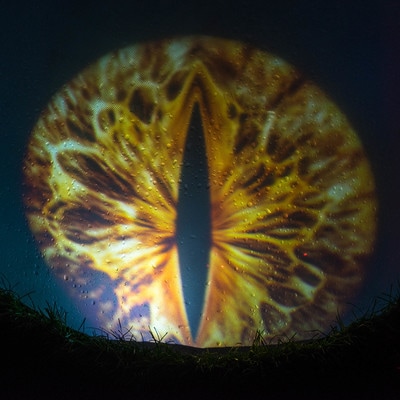 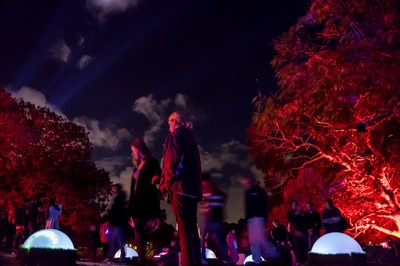 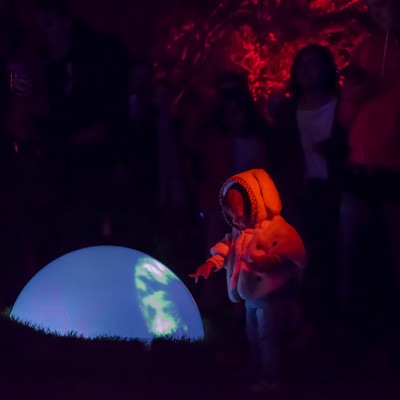 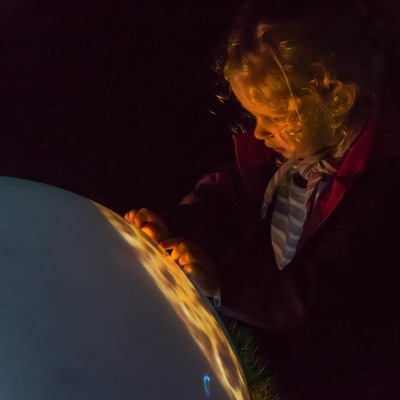 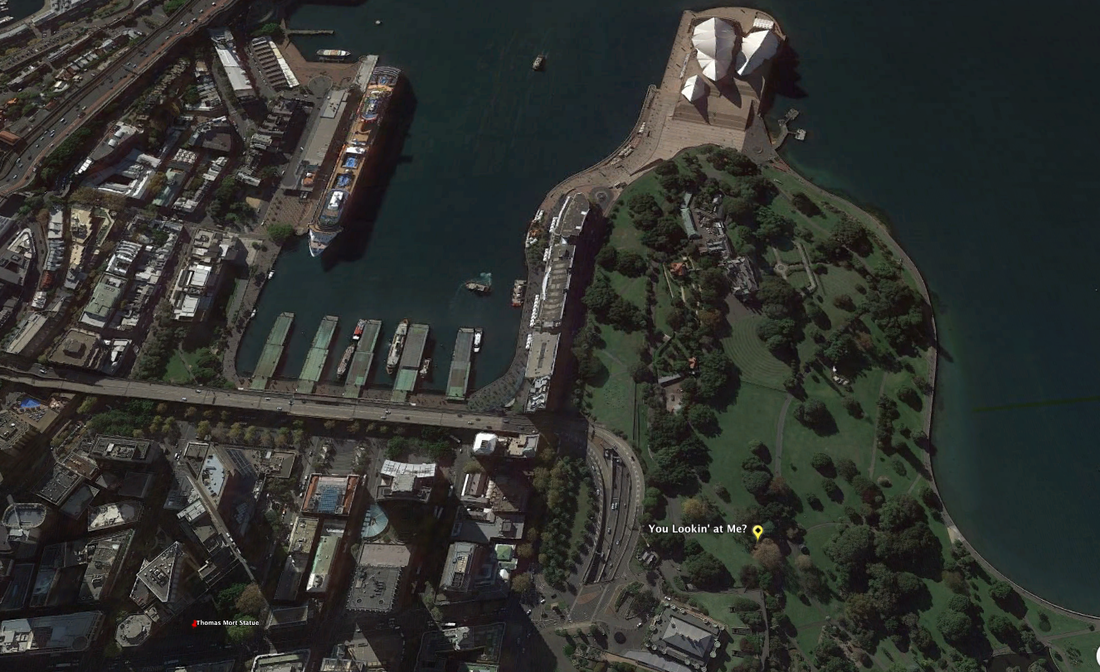