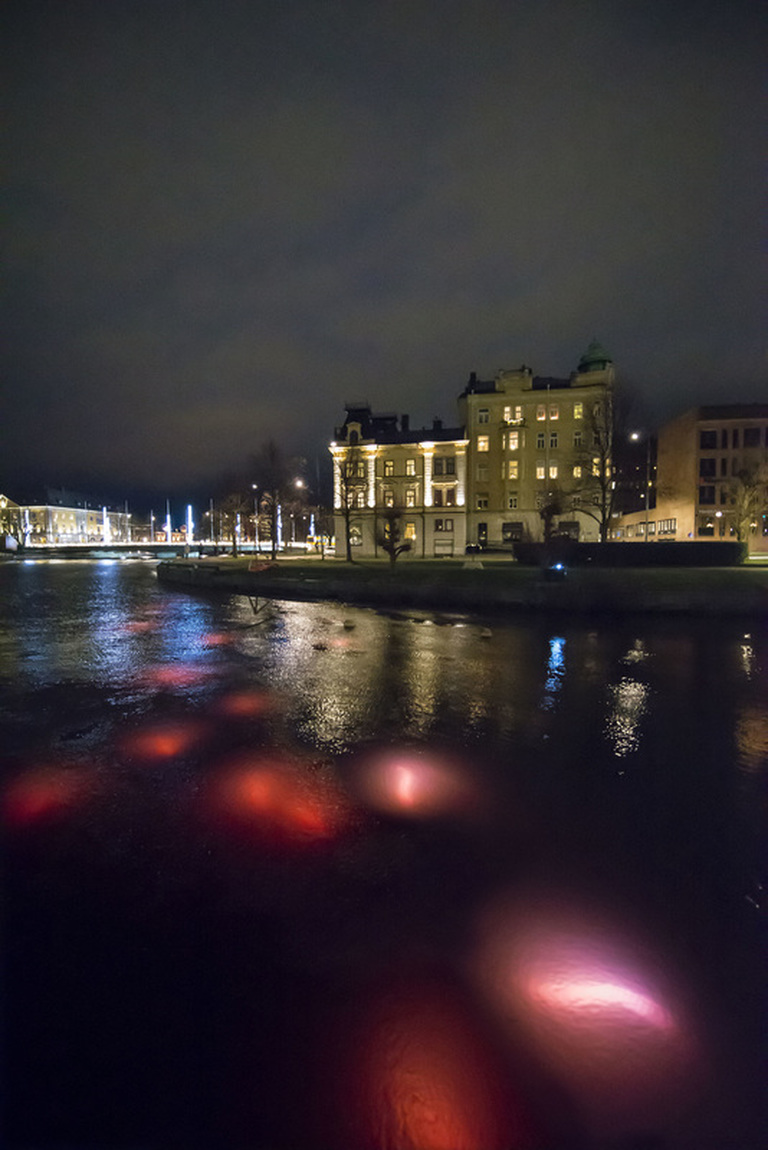 ​Impression of the result in Norrköping and the making of.
​
Sneaky Serpents is an interactive underwater light installation first shown at the 2014-2015 edition of the Amsterdam Light Festival.
Second venue was the three months during light festival of 2015-2016 in Norrköping, Sweden. Next venues was the Noorderzon Festival Groningen in 2016.
​Fourth will be the Shenzhen Cultural Festival, China in December 2016.
​
Like frogs in a pond, these light snakes start to come out of their hiding places as soon as the first snake dares to appear. They produce a slight hissing sound.
Then, when frightened by a sudden sound, like clapping hands of the visitors, they will disappear quickly back to their dens.
Until, after a while, one dares to emerge again…

Often the audience is divided in those who don't want to disturb the snakes, as they want to see them and those who do want to disturb them, as they want to experience the interactivity.
Interactions between those two groups of visitors are quite enjoying.
Concept: Robin Noorda
Paul Godschalk and Menno Schrap: programming and technique.
Sneaky underwater 360° survey of the Sneaky Serpents in Sweden.
We made a gondola with a waterproof Theta camera hanging on a steel kabel above the jetty with the glowing snakes. It plunges into the cold river water enabling a rare underwater 360° view of the snakes while they forage undisturbed. 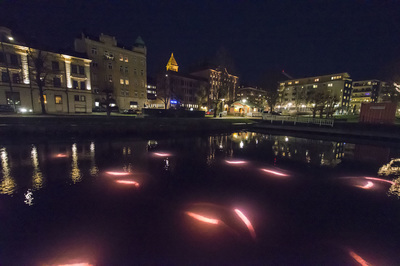 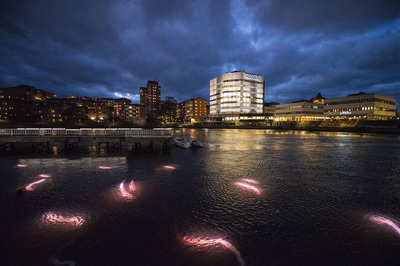 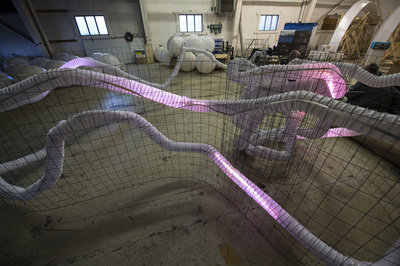 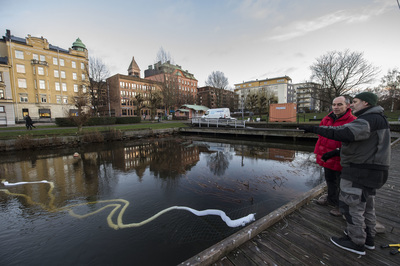 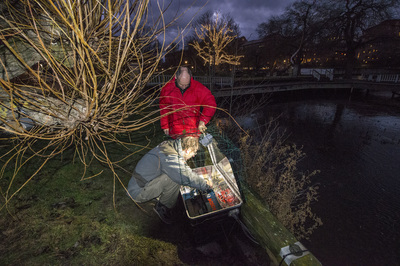 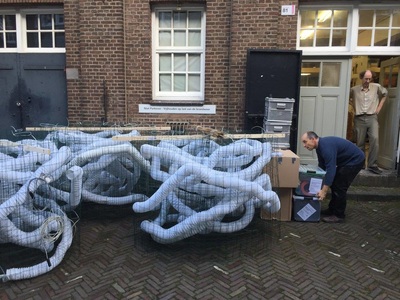