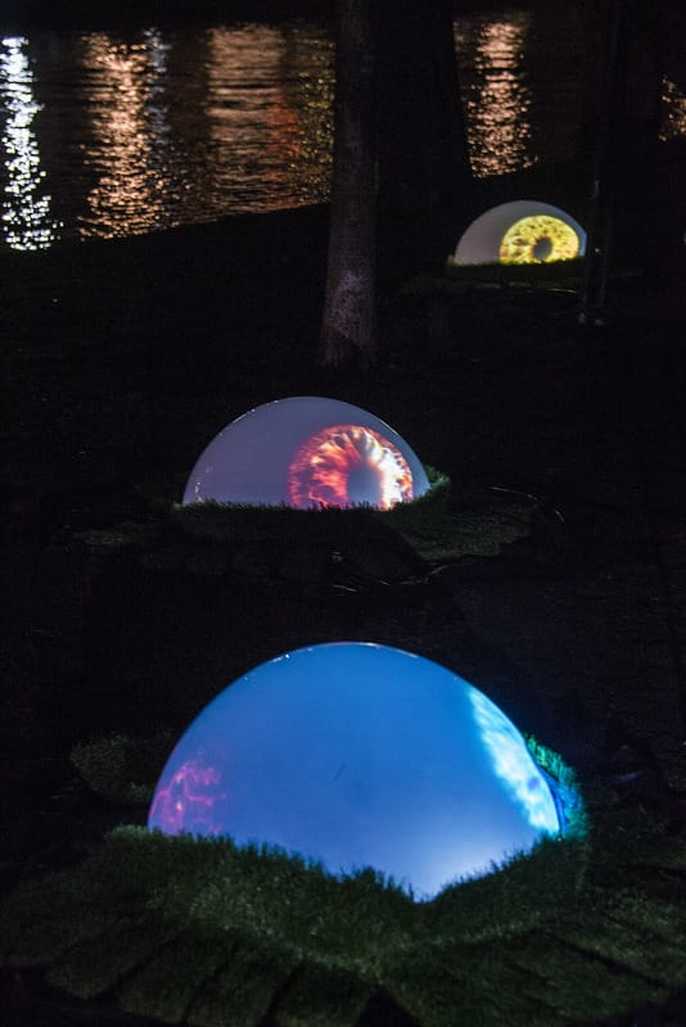 ​You lookin' at me? is an interactive light installation first shown at the Amsterdam Light Festival 2016 - 2017.
The project is also selected for the I Light Marina Bay, the 2017 light Festival in Singapore and for the largest light festival of the world; Vivid Sydney 2017.
​
A children jury pitched the project as the number one concept to the international jury of the Amsterdam Light Festival. And so the Tropism received the First Award elected by a children jury for the concept of You lookin' at me?

How does it work?
Big interactive and glaring eyes are scattered at the Wertheimpark.
Translucent domes of PVC look like giant glowing eyeballs with colourful irises that stare randomly and a little bored in the depth. When a pedestrian passes, they interactively follow and don’t take their eyes of the visitor.

When the visitor finally leaves, the eyes turn into the staring glaring mode again, some scanning the horizon for possible intruders.
​If more people enter the territory of the eyes, all the interaction will be a lot more chaotic.
​
It is a Tropism installation by Menno Schrap, Paul Godschalk, Alfred Marseille and me. 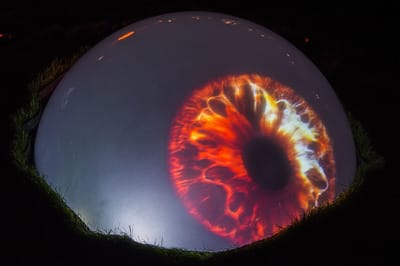 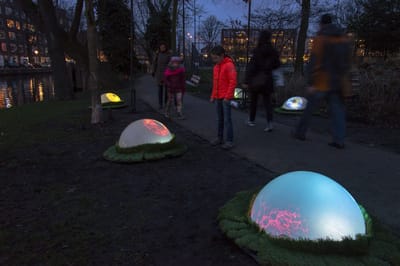 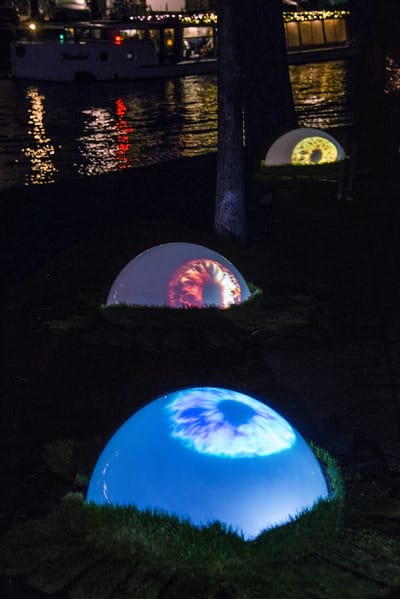 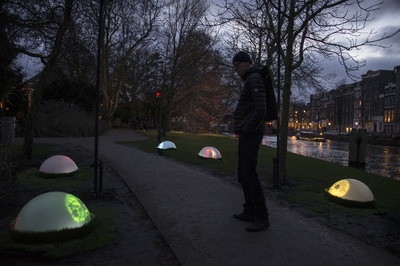 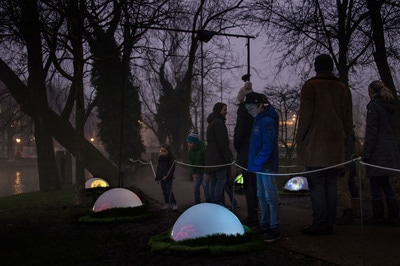 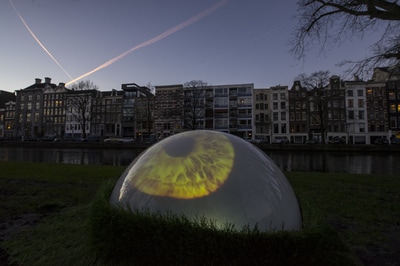 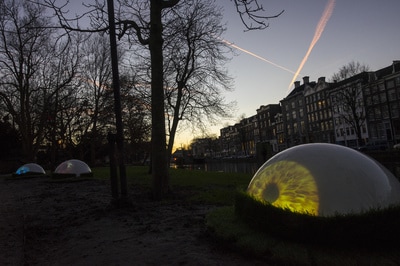 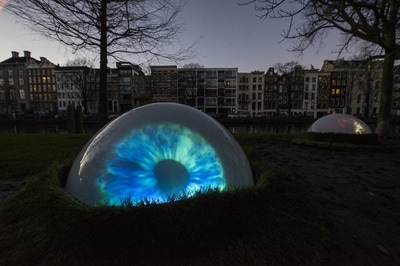 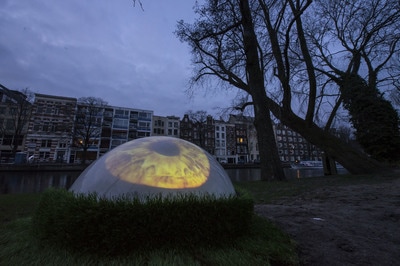 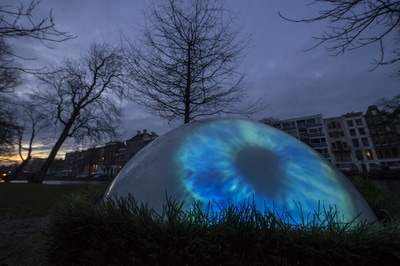 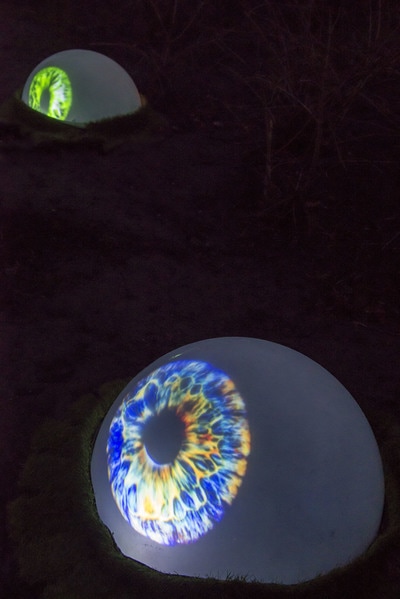 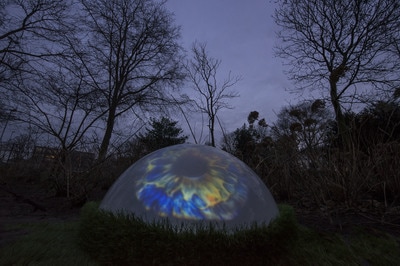 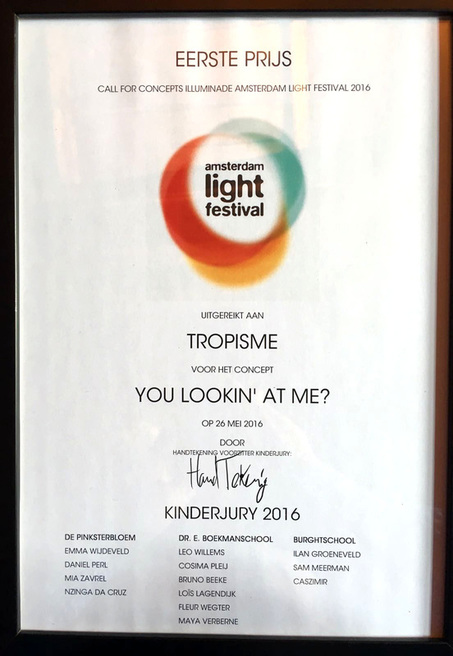 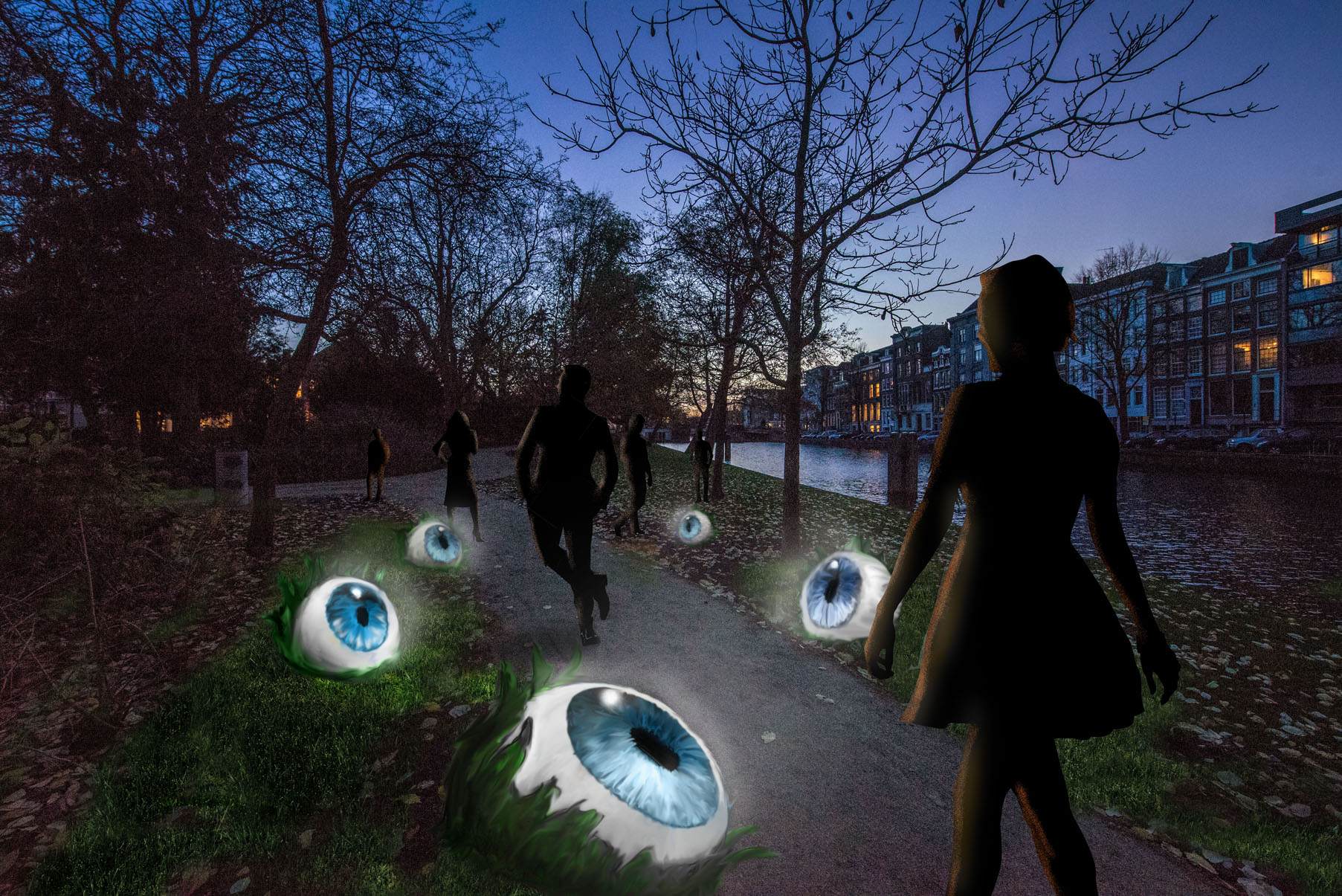 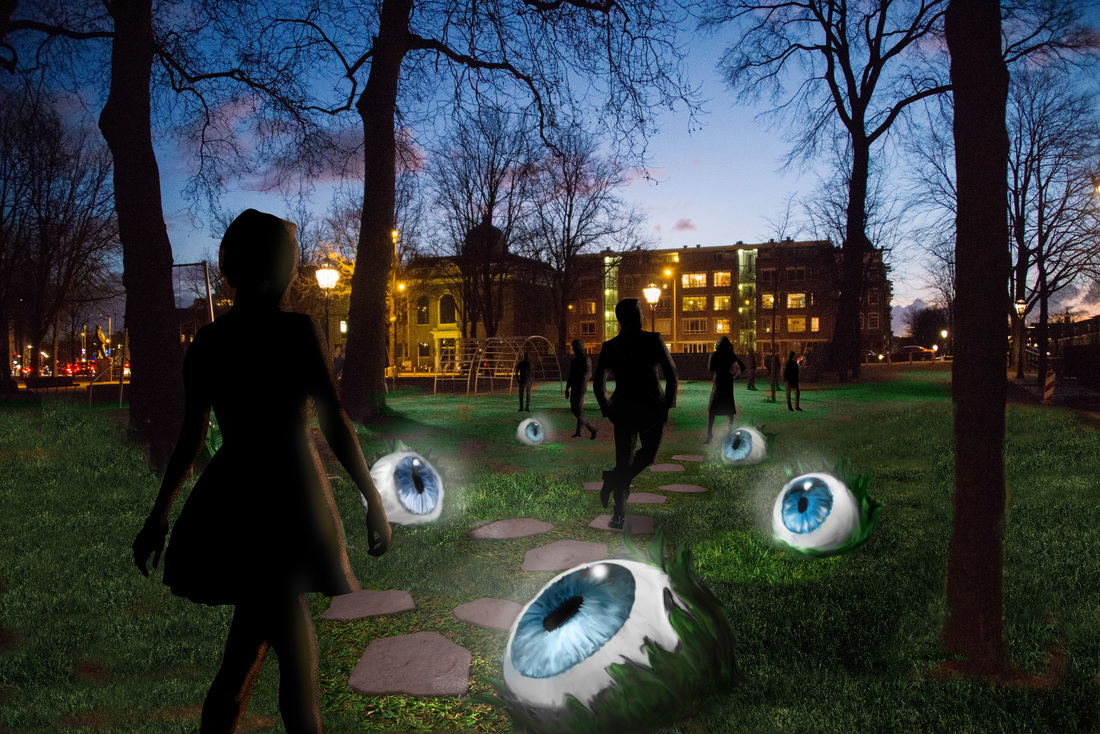 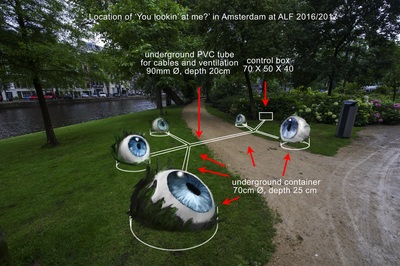 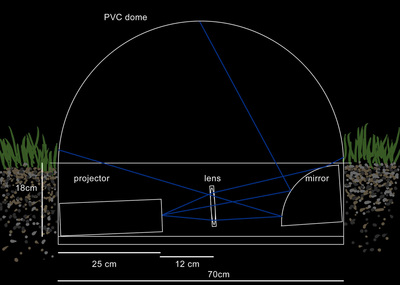 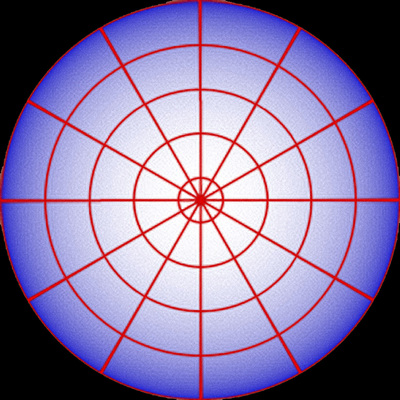 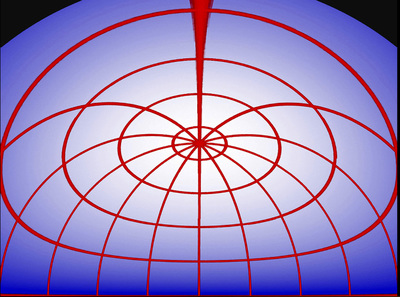 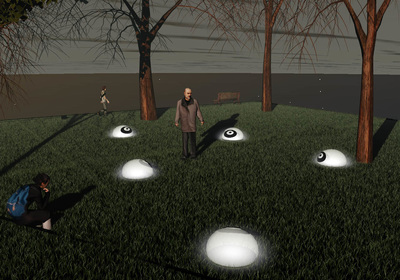 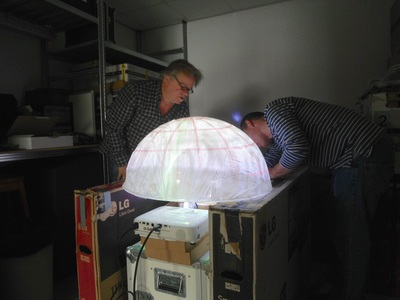 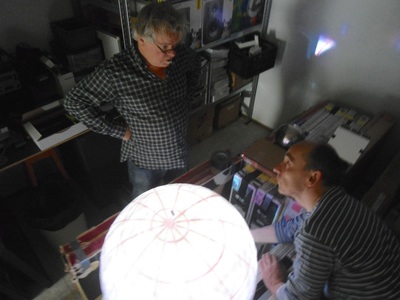 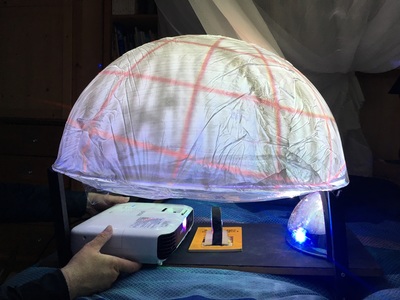 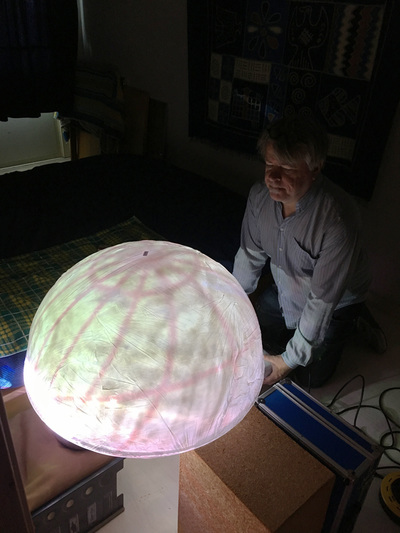 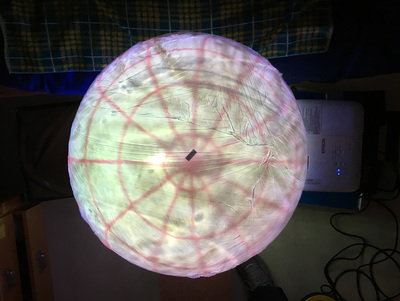 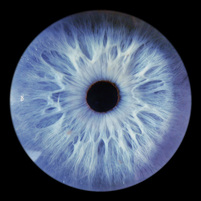