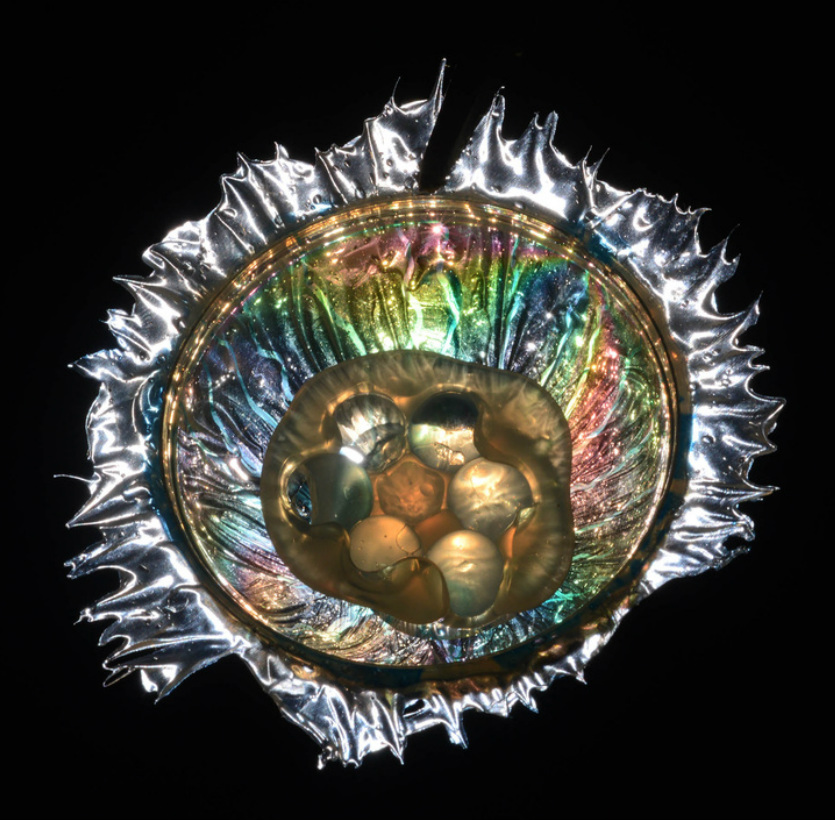 Macro Pola is an 'exploring journey' of macro photographs in polarized light.
The original project was an audiovisual called 'Polariz' made back in 1982 when I still was a student at the art academy. The colorful pictures were translated into sound by means of the big ARP 2500 and 2600 modular synthesisers of the Centrum of Electronic Music studio and, the 'Ogenkast' or 'eye box', a light sensor voltage controller of the Steim Foundation. The spectrum of light (RGB) was overlaid on the spectrum of sound. Low frequency light waves, the red colours, produced a close, warm, low vibrating sound and a blue colours resulted in a shirll, high pitched distant sound. The result was quite a cacophony, but a clear casual relationship between the image and sound was tangible.
The original 'Polariz' is in restoration.

Some other images of a weird macro world.
These colorful sea creatures are artificial jellyfish Bethany created with hot glue. I made these pictures with polarized light and pola filter in front of an old 105mm micro Nikkor. 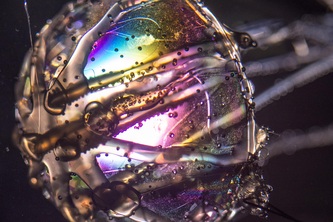 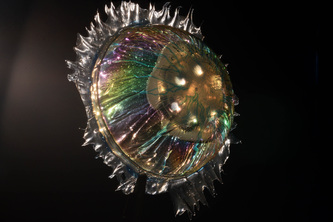 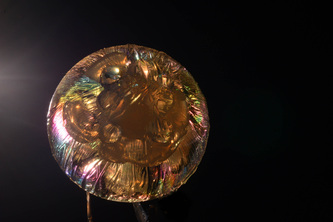 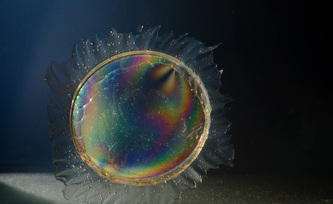 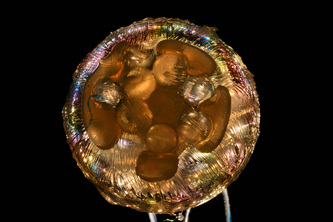 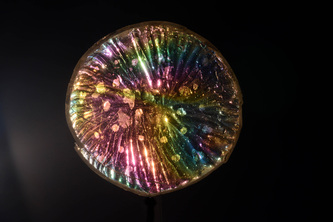 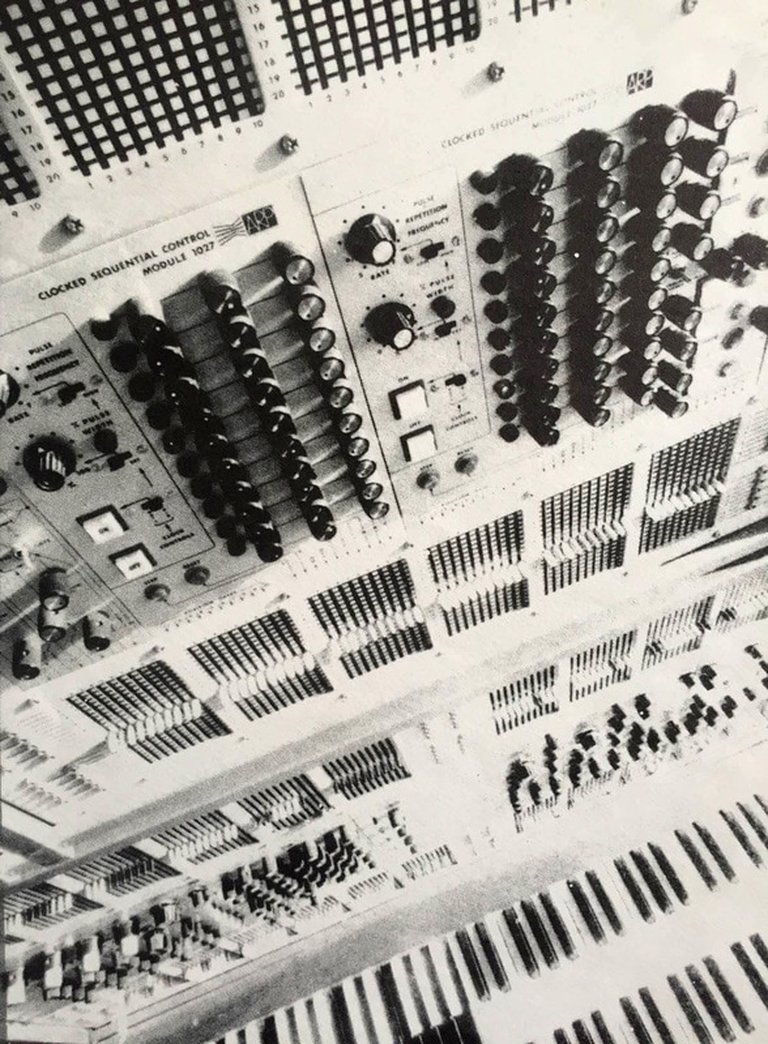 The ARP 2500 & 2600 synthesizer of the Centrum of Electronic Music in 1982 in Hilversum that I used for the Polariz audiovisual.