Lexus Bulbus is a work in Progress. Status: till now, not selected for any festal yet. Exclusive installation. Inquiries here.
​ 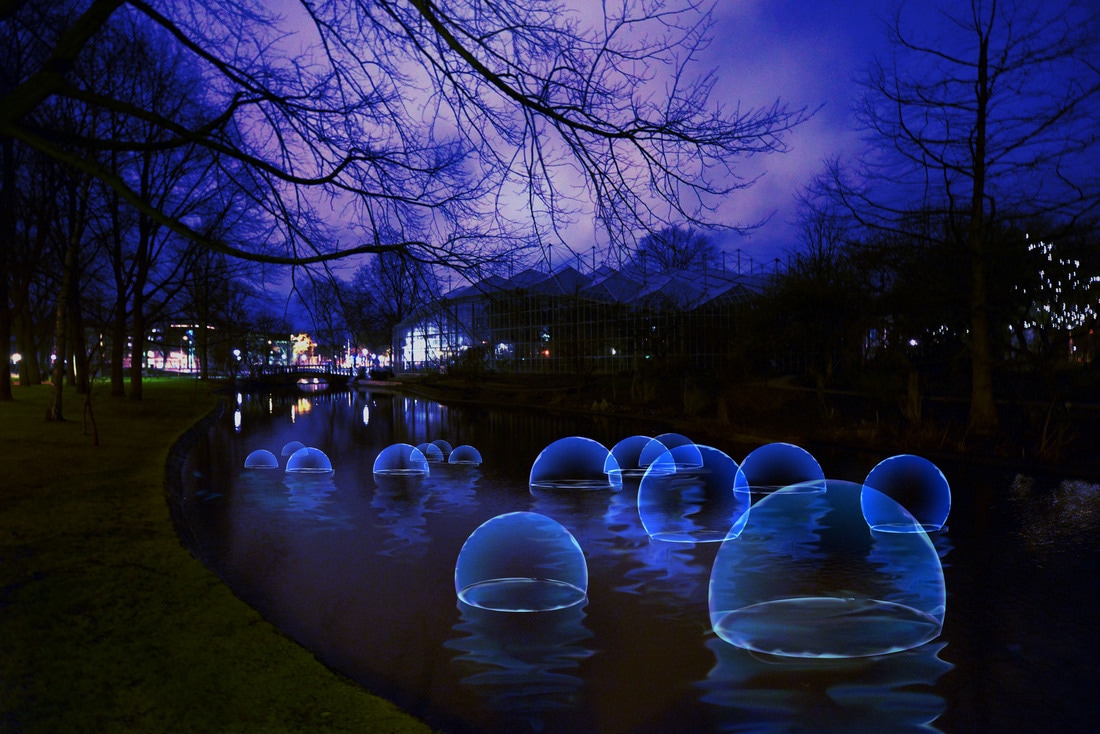 Simulation at the Hortus Botanicus Amsterdam
​ 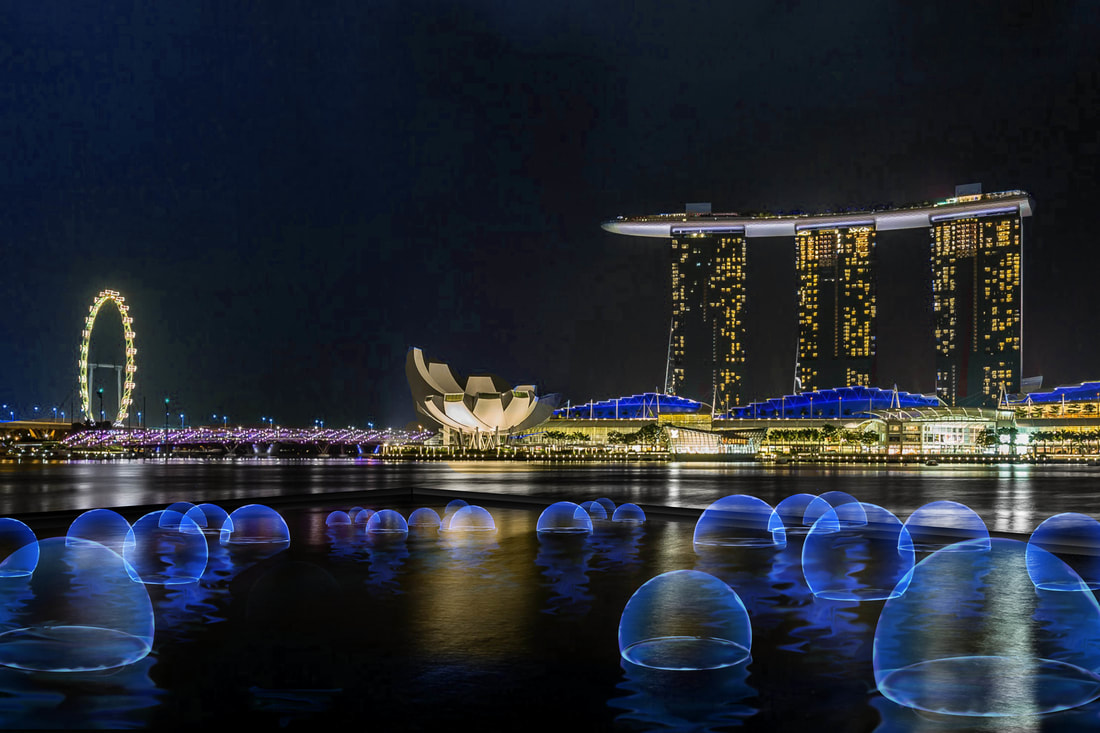 Simulation for the iLight Marina Bay festival in Singapore.
​


THE CONCEPT
Glowing spheres
Big bubbles light up delicately and float on the water surface. Sometimes, when the blacklight has gone, they glow in the dark.


THE VISITOR EXPERIENCE
Pure magic of unseen beauty can be activated to light up.
Magical glowing bubbles float on the water surface at a quiet pond or canal. Movement triggers UV lights that make the hemispheres glow and charge them to remain glowing after the lights go off.


THE THEME
A soap bubble is the metaphor for the struggle for existence; as soon as life is blown into it, it lives shortly.
Being there only a short time, a soap bubble illustrates the relativity of existence. Then again, these spheres do not splatter, but remain.
Although, not always visible, they all pop into existence out of nowhere, referring to both relativity theory and quantum mechanics, as particles can be at two places at the same time. What you think it looks like will be the way the phenomenon presents itself and out of nothing matter can emerge into existence.
Besides this theoretical approach, the bubbles also stand for the emergence of ideas such as ‘trial balloons' in Dutch politics.

A third philosophy is the exchange of energy, as a visitor has to move a lot to trigger the lamps that will charge the hemispheres.

It is tropism in its core philosophy: things appear at the edge of our perception, to be gone in the blink of an eye.


THE LIGHTING DESIGN
UV light can cause some materials to fluorescence and others to phosphorescence.
We know UV or blacklight from all kinds of applications, from security to entertainment. The source of the UV light however is often a quite disturbing and, in long term exposure, even dangerous form of light. In this installation the UV lamps will be installed in such a way that the source is not visible. This is achieved by  by using specially designed barn doors and directing them to a spot where no visitors can come.


THE TECHNICAL PRINCIPLE
Motion triggered UV fluorescence and charged phosphorescence.
We pre-invested in a powerful industrial UV LED lamp of which we expect to need a range, and we did some testing with acrylics.
Perspex 7T97 Fluor Blue works best for the design and can be vacuum moulded into the desired shapes. We will equip each UV lamp with a motion detector and apply a phosphorescent coating to the inside of the spheres as well, creating an interesting mix of two kinds of glow.
The phosphorescent coating will glow also for quite a while after the UV lamps are shut off. This can be hours if charged long enough. We tested a casted crystal with glow-in-the-dark powder mixed in Polyurethane (see photo below).

The hemispheres will float on air-filled rubber rings that remain invisible underwater. They have some freedom of floating, but are held in place by a grid of cables.

The motion detection per lamp is arranged in such a way that more movement will result in more lamps turning on.
After some exercise one can take a rest and enjoy the conducted phosphorescence energy encore, an extra gift of light after the lamps have turned off.