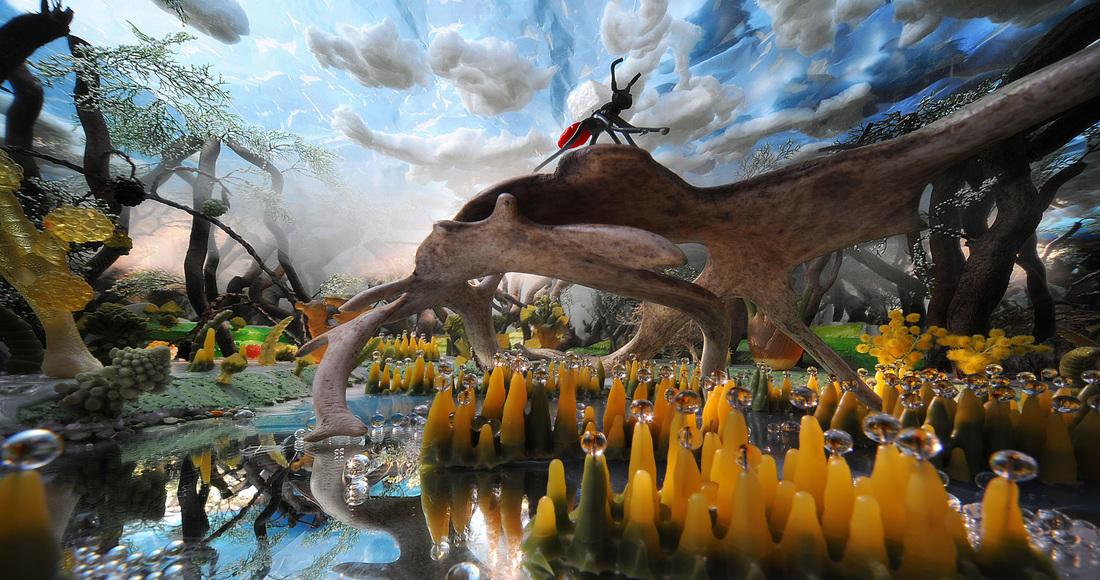 Ants gather sugar cubes in an icy marl cave in order to build a palace. This turns out to be a nursery to cultivate larvae. These grubs grow in a cave and reveal themselves as bizarre, marching gluttons called Cricusts. The ant Red-end is different and tries an experiment resulting in one of the Cricusts being different as well. While the other Cricusts eat all the green in a military way and fly to the next forage field, the different one takes it easy in a field of raspberries. The greedy group soon turns all green landscapes into a barren desert with fatal consequences. Except for the raspberry field where Red-end keeps an eye on his big friend finally enabling them to walk together into the future.

A copy of the picture book of Red-end and the Seemingly Symbiotic Society can be ordered here (Dutch language). It includes pictures of each scene, the story of Red end, the storyboard and the making of.

The trailer  - advise: do play full screen in HD resolution.
​It is a 4K Digital Cinema film. To watch it in HD is already a concession.​

The Film
The poster 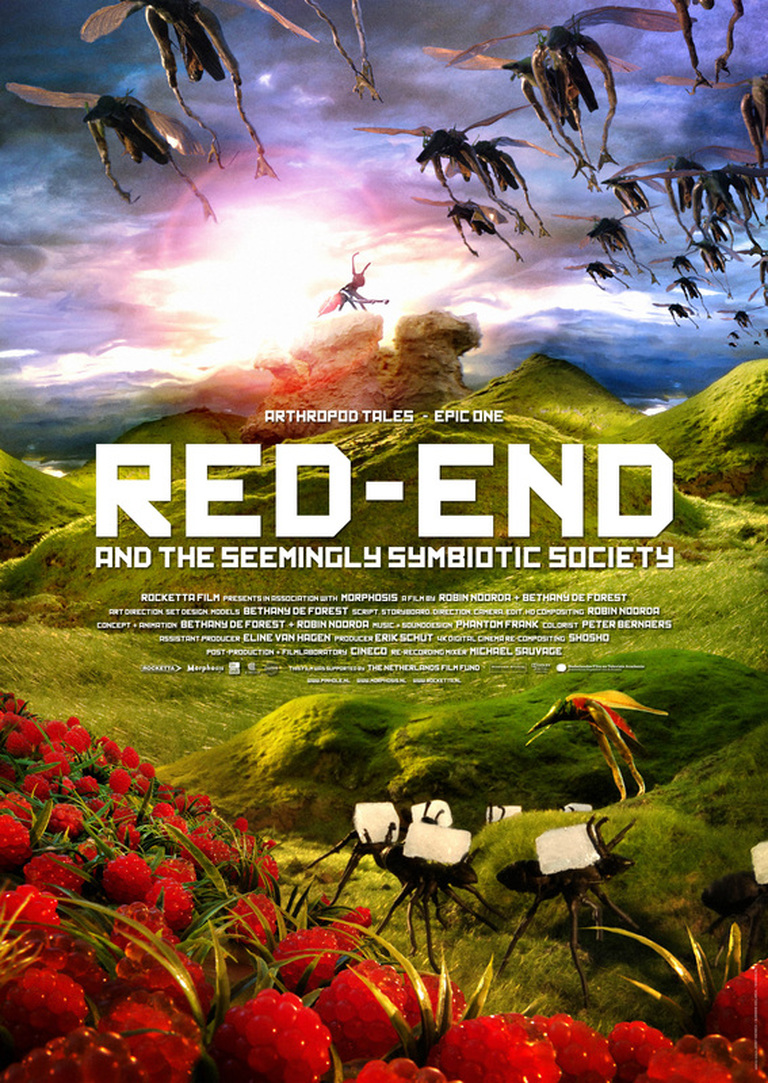 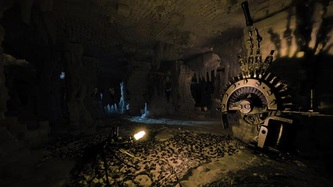 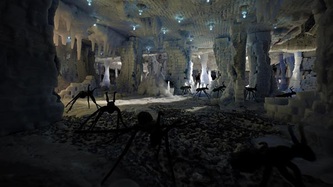 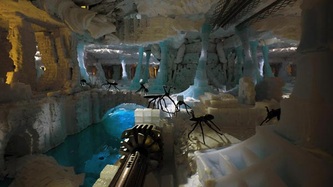 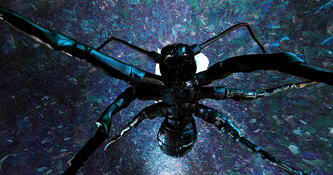 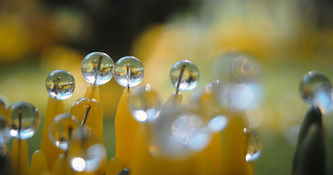 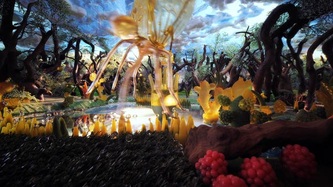 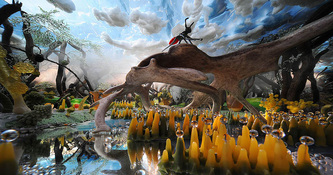 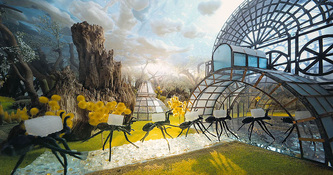 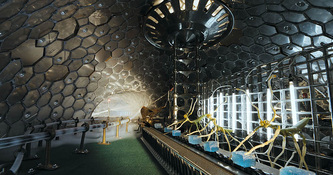 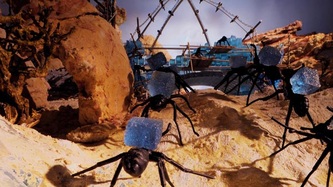 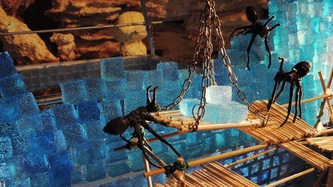 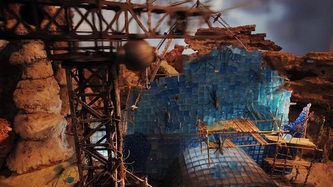 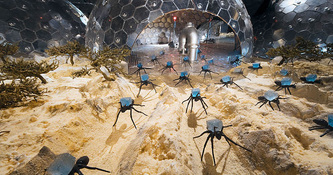 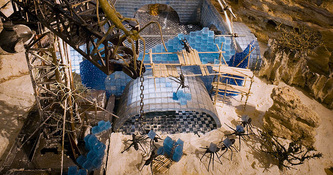 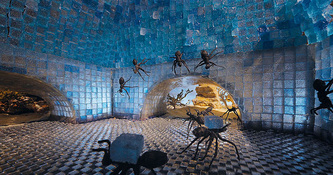 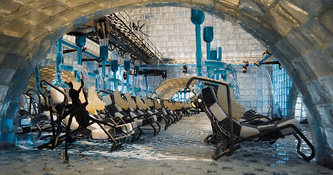 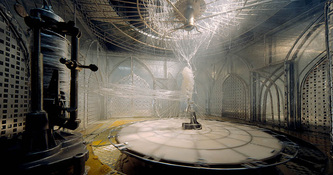 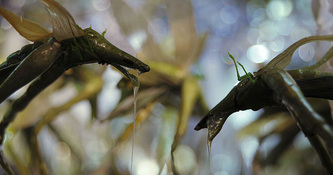 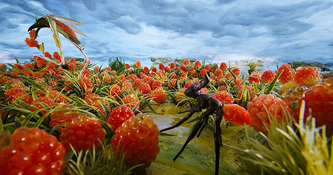 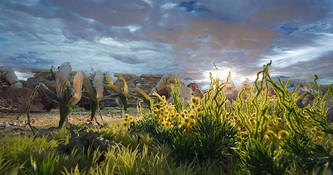 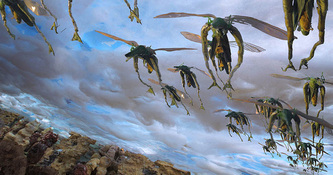 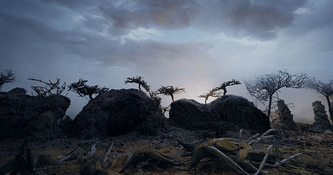 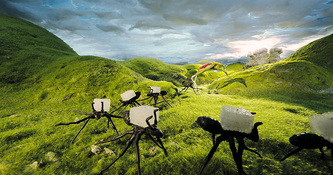