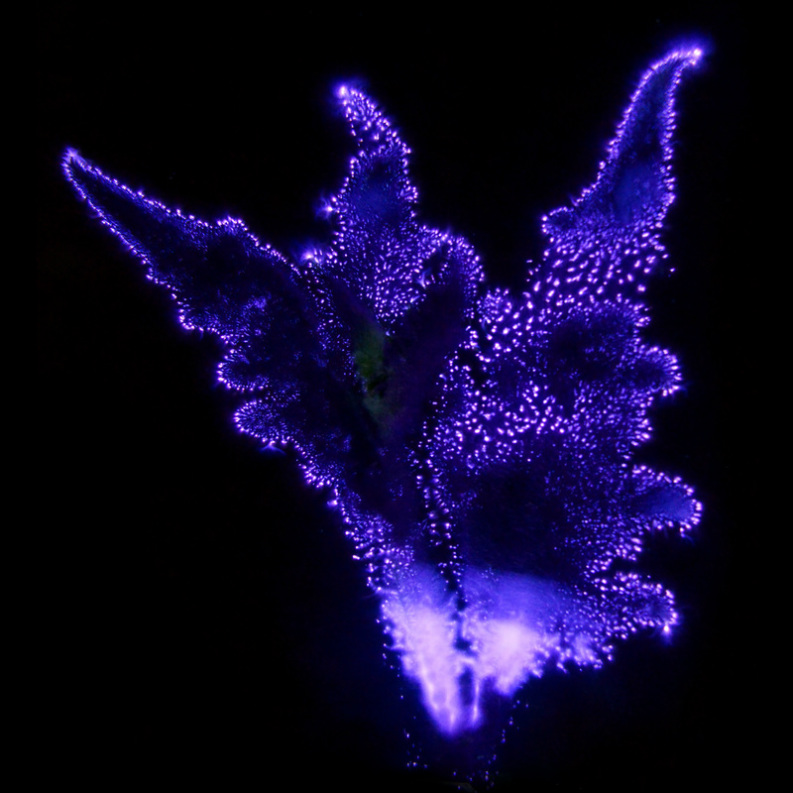 While doing research for the 'Flora Sonora' plant project, I became fascinated by the Kirlian electro photogram technique.
Leaves display a kind of halo within a high-frequency electromagnetic field.
Some call it aura photography, but actually the photosensitive material is only exposed to a massive amount of tiny electrical discharges caused by the oscillating field.

Even though, in the triptych of fingerprints and begonia leaves on a roll film, the rare 'phantom leaf' effect can be seen. The tip of the first leaf had been cut off (below, at film edge number 1), but its faint echo remains visible. The blue fingerprints are mine and the red ones of a esoterically sensitive woman.

Begonia and fingerprints on roll-film with the 'phantome leave' effect - around 1986,